The femoral head ostectomy (FHO) is a salvage procedure that can be performed on both dogs and cats of almost any age. The FHO removes the femoral head and neck of the femur in order to eliminate the bone-on-bone contact of the hip. This is done to alleviate pain associated with diseased or injured hip joints. Conditions in which an FHO could be considered are: aseptic necrosis of the femoral head (Legg-Calvé-Perthes), joint laxity, hip luxation, osteoarthritis, fractures of bones comprising the hip, hip dysplasia, and complications of total hip replacement. After an FHO, the body creates a pseudoarthrosis (false joint) to stabilize the hip.

When to consider the FHO

The FHO procedure should be considered when there is pain and lameness of the hip that cannot be alleviated by pain medication, weight loss, non-surgical, and/or other surgical procedures.

A standard cranio-lateral approach to the hip is performed. The muscles around the hip are retracted and the coxofemoral (hip) joint capsule is opened. The femoral head is luxated from the pelvis and held in an externally rotated position to expose the femoral head and neck. The head and neck are transected using a surgical saw. The recommended line of transection is shown below, depicted by the blue line. 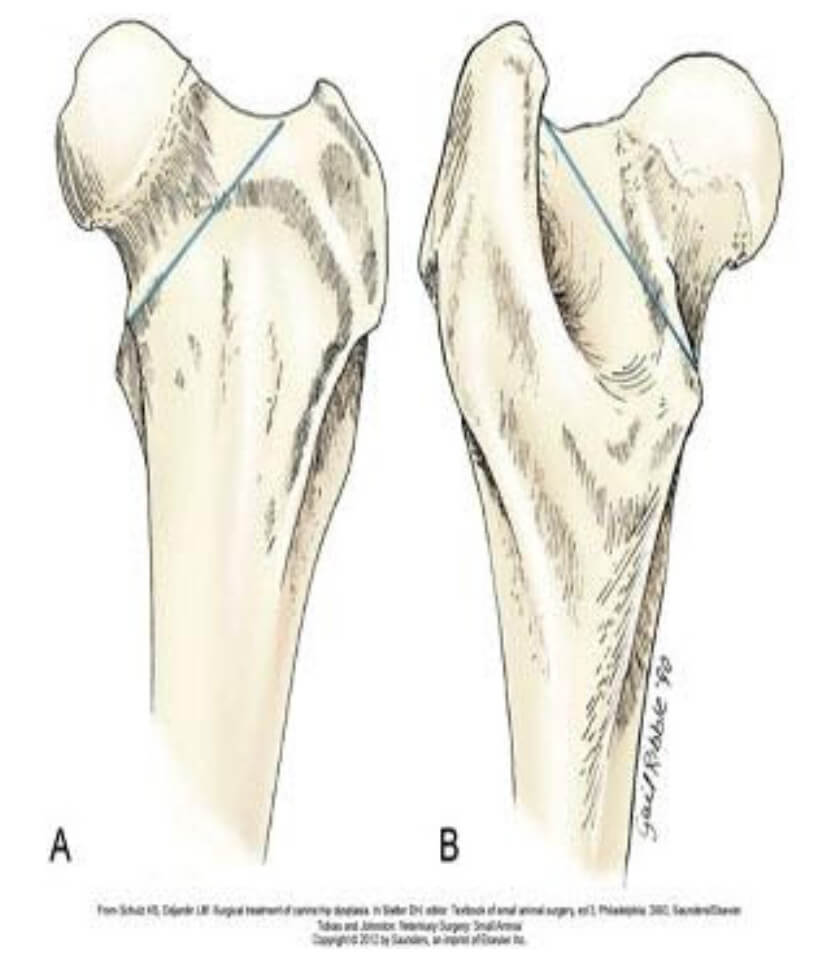 In the postoperative period, pain medications are prescribed for 1-2 weeks depending on surgeon preference. The incision needs to be monitored for 10-14 days for any signs of inflammation or discharge. Unlike most orthopedic procedures, dogs and cats with FHOs are recommended to have controlled exercise and physical therapy early after surgery. This includes controlled weight bearing, range of motion exercises, and thrusting exercises. Physical rehabilitation has been shown to promote early weight bearing and enhanced function post-FHO.

Review Us!
Back to top